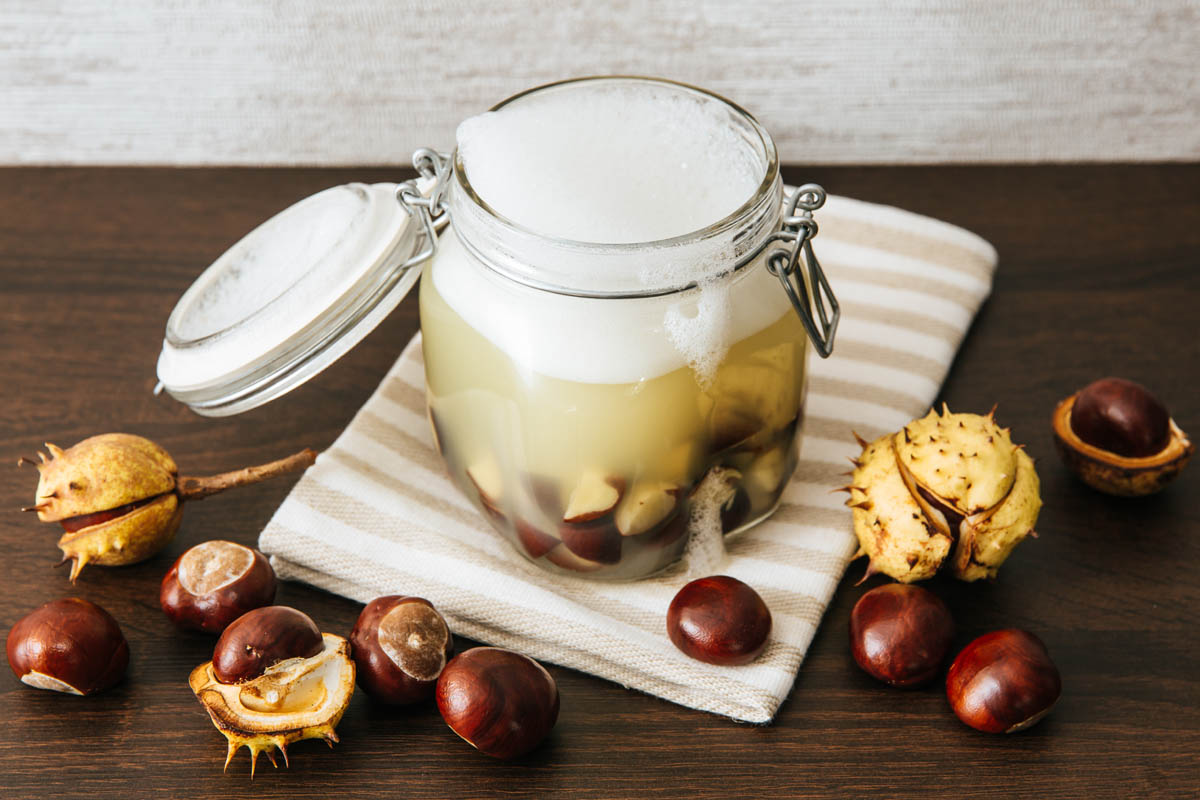 Saponins are bitter-tasting, amphiphilic glycosides of steroids and triterpenes widely distributed in the plant kingdom. These phytochemicals protect the plant against bacteria, fungi, parasites, insects and herbivores. Saponins consist of a hydrophobic polycyclic triterpenes or steroidal sapogenin and one or two hydrophilic glycoside moieties attached to the backbone.

Plants synthesise substances that are essential for normal functions such as growth, development and reproduction. These are known as primary metabolites. Saponins are classed as secondary metabolites, which are used to cooperate with other species, such as flowers that attract insects necessary for pollination or to repel pests including plant-feeding insects and animals and pathogenic microorganisms.

The bitter taste of some saponins acts as an antifeedant, deterring insects and larger animals from chewing the plant. In addition, saponins are heterocides, with the ability to kill insects by inhibiting food intake, interfering with growth and preventing cholesterol absorption.

The word saponin is derived from the Latin word sapon, which means soap. This reflects the plant’s ability to form soap-like foams in aqueous solutions.

Plants have a number of ways to protect themselves from phytophagous (plant-eating) mammalian and insects. These include physical barriers such as thorns and bark, soluble and insoluble calcium oxalate crystals and toxins. One of the most well-known phytochemicals is caffeine, a water-soluble alkaloid produced by Coffea arabica (coffee plant), which is a central nervous stimulant. Theobromine is another well-known CNS stimulant produced by the cacao plant.

Saponins are present in many common foods we eat with no ill effects. But humans are considerably larger than insects. Legumes (beans, peas, lentils, lupins, etc.) contain the highest amount of saponins, you may have noticed foamy bubbles at the top of the liquid in a can of red kidney beans or chickpeas. This is due to saponins.

Saponins can cause gastrointestinal irritation and upset when consumed. When administered intravenously saponins have been shown to be hemolytic (causing the red blood cells to rupture).

The use of saponins in medicine shows great promise, they have been found to display a number of biological activities which include:

Saponins have been used in soap making due to their foaming action. They show great potential as fire retardants. Some saponins are as much as 200 times sweeter than sugar, and show potential as a low-calorie sugar replacement.

Their foaming action when mixed with water has been used to create toothpaste, shampoos, liquid soaps, laundry detergent, and increase the foaming of beer.

Native Americans have used plants containing saponins to catch fish. When saponins enter the water source they enter the fish’s bloodstream via the gills. Affected fish float to the surface of the water making them easy to catch.

Plant families that contain significant saponins include the following:

Effects of saponins on pets

Ingestion of plants that contain saponins can cause gastrointestinal upset including loss of appetite, nausea, vomiting and diarrhea. In most cases, symptoms are self-limiting unless the animal has consumed a large volume or has underlying health conditions. It is always recommended that pet owners contact a veterinarian or pet poison helpline in the event of plant ingestion.