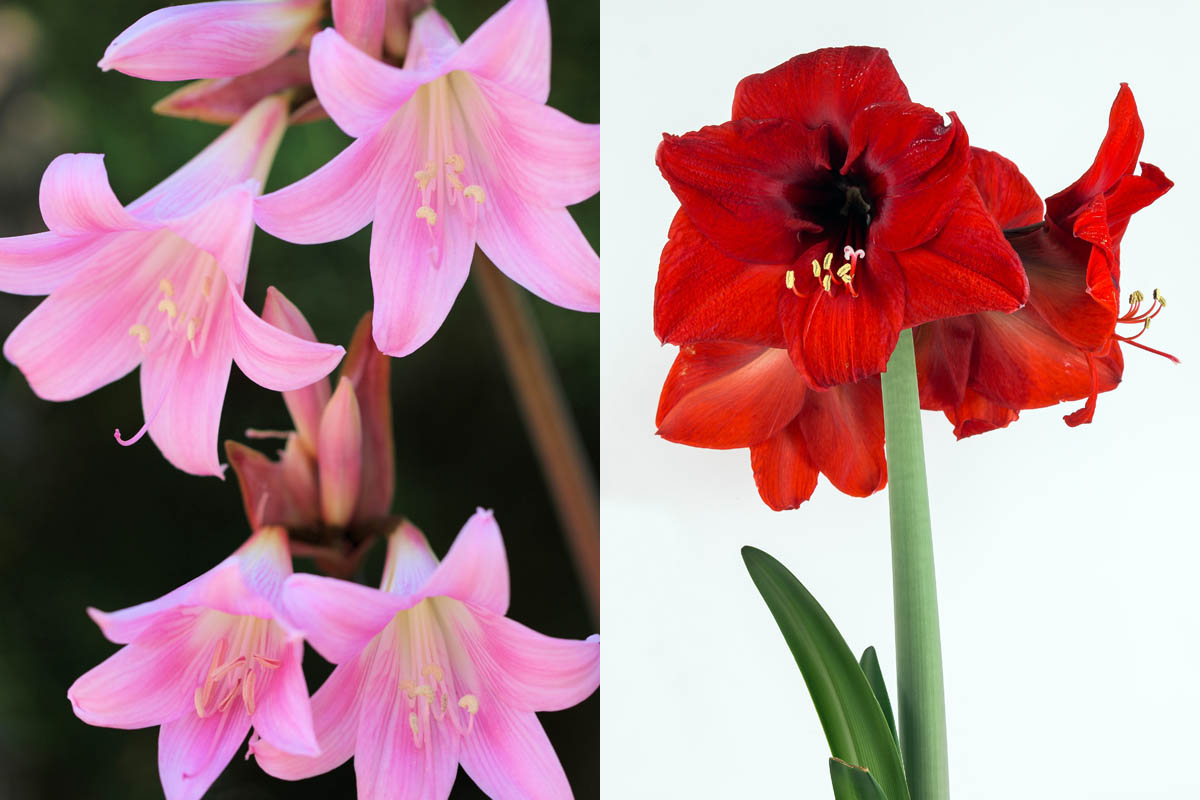 Hippeastrum and Amaryllis are both flowering bulbs grown outdoors in warmer climates. Both plants produce stunning umbelliform flowers and are commonly confused. This article looks at the differences between Amaryllis and Hippeastrum.

Amaryllis is a flowering bulb native to South Africa made up of two species, A. belladonna and A. paradisicola. Swedish botanist Carl Linnaeus named the species Amaryllis in 1753. Flowers on a single leafless stem in autumn, hence the name ‘naked lady‘. At the top of each stem is a cluster of six or more trumpet-shaped flowers most commonly in pink. A month or so later, the strappy foliage appears, lasting through winter before dying back. 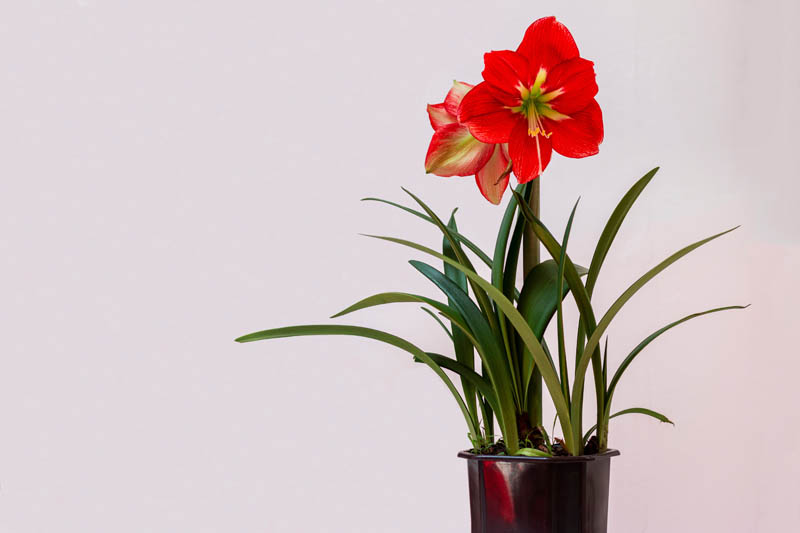 Hippeastrum is a genus made up of 90 species and 600 hybrids and cultivars of flowering bulbs native to the Caribbean, Mexico and South America. This showy plant is commonly sold as an indoor flowering plant during the Christmas period.

Hippeastrum was previously known as Amaryllis, however, in 1987, the 14th International Botanical Congress ruled that the name Amaryllis belonged to the South African genus while the South American natives were transferred to Hippeastrum. Most commercial Hippeastrum hybrids are derived from just six species.

What is the difference between Amaryllis and Hippeastrum?