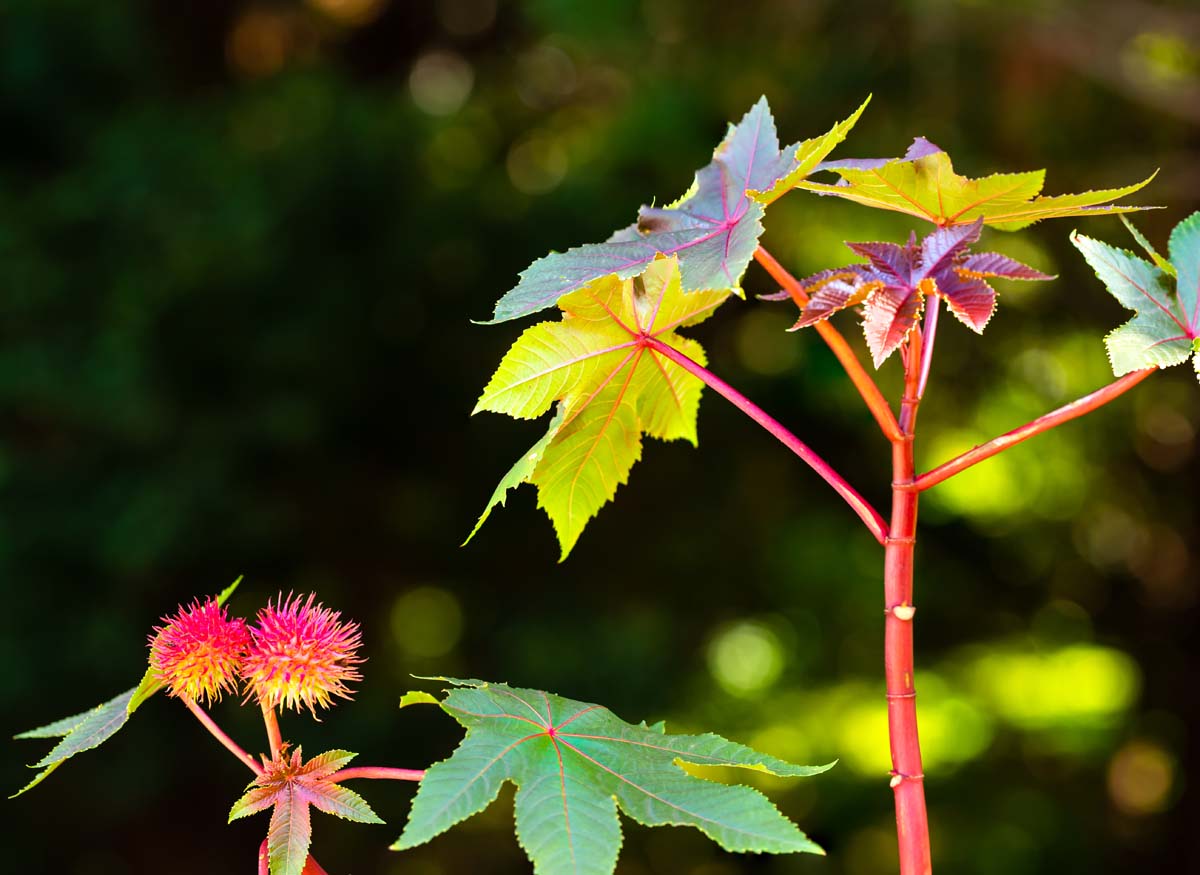 Castor oil plant (Ricinus communis) is toxic to dogs, the toxic principle is a glycoprotein known as ricin, which inhibits ribosomal protein synthesis, leading to cellular death as well as acute liver and kidney failure.

What is castor oil plant?

Castor oil plant is a fast-growing herbaceous perennial native to the Middle East and Africa. Its large palmate leaves provide an eye-catching display as a houseplant or in the garden. India produces 75% of the world’s castor oil, a natural laxative. Castor oil is produced by pressing the ripe seeds that have had their hull removed. Ricin is inactivated by heating during the oil extraction process. The seed pots may be green or red.

The University of California classifies castor bean plant as toxicity 1.

Major Toxicity: These plants may cause serious illness or death. If ingested, immediately call the Poison Control Center — (800) 222-1222 — or your doctor.

Symptoms can vary depending on the route of exposure, the dose and if the beans were swallowed whole or chewed.  All parts of the plant are toxic, however, the seeds contain the highest level of toxins. Only a small volume of beans are lethal to dogs.

Clinical signs develop 12 hours after exposure and are gastrointestinal in nature:

In most cases, a diagnosis is made on a history of ingestion. The veterinarian may decide to run baseline tests which include a biochemical profile, urinalysis and complete count which to check organ function and hydration status.

Seek immediate veterinary treatment if you suspect your dog has ingested any part of a castor bean plant. Unfortunately, there is no antidote to ricin toxicity. Early intervention will enable the veterinarian to evacuate the GI tract by inducing vomiting or gastric lavage (pump the stomach) followed by administration of activated charcoal to bind to any remaining plant matter and prevent further absorption.

Treatment is supportive and will include fluid therapy to prevent or treat dehydration and electrolyte derangements. Anti-emetics may also be necessary to treat vomiting.

Due to the serious nature of castor bean toxicity, households with pets or young children should avoid this plant. Fatsia japonica has a similar appearance to Ricinus communis but is non-toxic.

Castor oil plants have been naturalised in Australia, USA, Mexico, South America and New Zealand. Pet owners must be careful when walking dogs in areas where these plants grow.